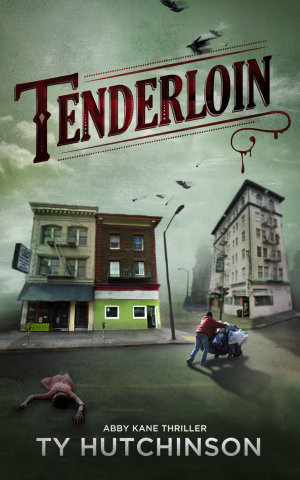 In this review we will cover Ty Hutchinson’s Tenderloin, the second book in the Abby Kane FBI Thrillers series. As I mentioned in my last review I am hooked on this writer and series, so much so, I went back and read all the books in the series, and Tenderloin did not disappoint.

Tenderloin finds our single mother of two and FBI agent living in San Francisco, part of the white-collar crimes division. No longer chasing deranged killers as in her past, until she’s ordered to Bogotá Colombia when the body of a dead DEA agent pops up to find answers. Abby’s investigation takes her deep into the Amazon jungle where she discovers evidence of strange experiments. When she later crosses paths with one of the scientists involved, she learns a new drug, and its danger isn’t the highly addictive nature but the terrifying side effects. As the investigation continues she suspects the cartels are behind the drug and the murders but the locals think it’s one man. They call him The Monster.

You won’t be able to put this book down with its vivid descriptions of the Amazon, well thought out characters and plot, it’s a true page turner. On my must read scale of 1 don’t bother and 5 a true page turner. I give Tenderloin a solid 5. I know you will enjoy it.

Without music, Life has no soul

Guitarist, keyboardist and songwriter. Without Music Life Has No Soul.
View all posts by R E Fort →