Hello fellow readers. In this review, I’m covering Ty Hutchinson’s Suitcase Girl – SG Trilogy Book 1. In this post, I’ve added three tracks, Smooth As I Wanna Be, Your Kiss and One Step Closer To You. Let’s get to the review.

Now available and streaming on these and more services

Suitcase Girl is the 1st in Ty Hutchinson’s, SG trilogy. The story opens with a cargo ship being unloaded at the Port of Oakland in California. Everything is normal except, one container is being moved to a remote location, out of site of the other dock workers. Where a team of non-dock workers, shows up and starts unloading the container.

Later, a young girl is found abandoned outside FBI headquarters in a suitcase and taken to a hospital. Two homicide detectives are sent to the hospital to investigate, and find their information is wrong, the girl is alive. She has not said a single word since she was found and brought to the hospital. The hospital determines that she was drugged or could just be in shock and may start to speak again over time. The homicide detectives know they should pass the case over to a department that handles lost and abandoned children, but something about the girl being left in the suitcase is eating at one of the detectives. So, he reaches out to a friend at the FBI, Special Agent Abby Kane.

Abby begins looking into the case, where did she come from, who is she, why hasn’t she spoken, and why does this little girl look so much like her.

This book is an action-packed thrill ride with a cool twist. On my scale of 1 to 5, 1 being don’t bother and 5 a real page turner, I give, Suitcase Girl, a 5. This book was very exciting, Ty has created a great suspenseful and action-packed story. 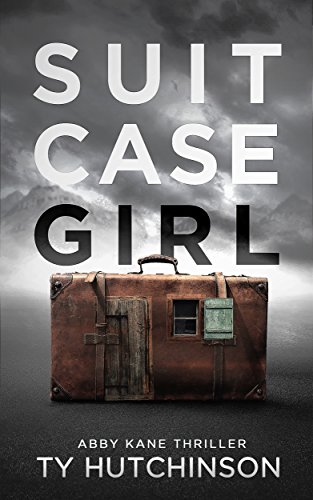 Now available and streaming on these and more services

Follow and listen on these social and streaming networks.